We left Nice, France around 8:30 am and headed to Èze, France. This is a historic medieval village dating back to 2,000 BC sits high above the Mediterranean sea, up on the cliffs west of Nice. We learned about Èze from the travel channel show Passport to Europe. It was definitely worth the stop since it was right on our way. We parked in the newer portion of town and walked up to the medieval village. It was fun because the stores there hadn”t opened yet and the tourist buses were not there yet so the small narrow streets were empty. Here are a few of our pictures. 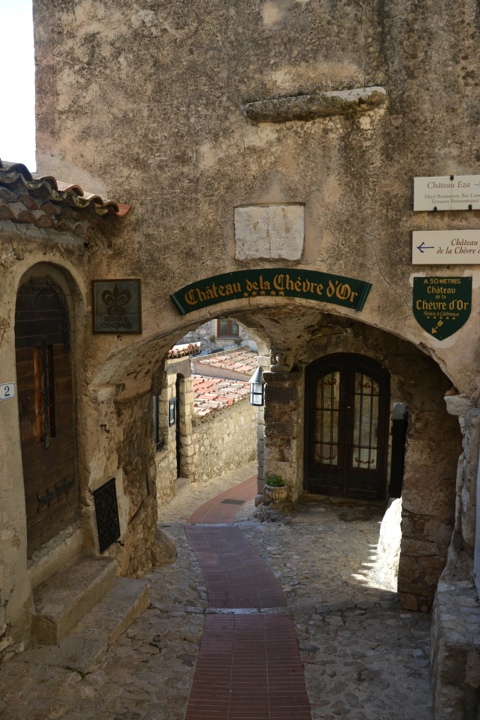 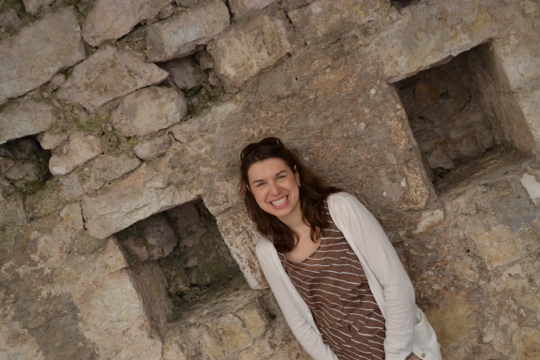 We had breakfast just below the village in a small cafe. Dustin and I split a warm panini with chicken, cheese, and tomato & a tarte with egg and cheese. We all wanted to take apple beignets on the road but they were out. 😦 We walked across the street to the market and bought granola bars, a baguette, and a few apple turnovers for the road.

Our next stop was a drive through Monaco. By going through there we added another country to our trip. Monaco is the second smallest country next to Vatican city, and it is the most densely populated country in the word. We were able to drive most of the way into town, but the main roads were blocked for some reason and the police were directing traffic back up the hill. Here are a few pictures from Monaco…not the best photos since we were doing a drive-by…but it will give you an idea. We did see that we could have taken a train ride through the tourist spots for 8 EUR pp but not sure if we could have even gotten to the start of the tour because of the roads being closed. 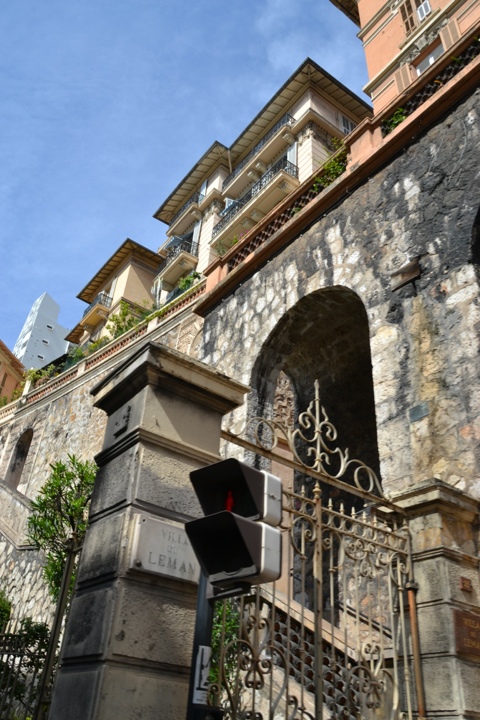 This area is known as Côte d’Azur or the French Rivera. All along the coast there are beautiful cities where the mountains meet the ocean. It’s a bit hard to capture on film as we drive but let me just stay its breathtaking.

We did stop in an area near a portion of Italy called Cinque Terre. A town named La Spezia was there. The coast here is beautiful and has the mountains in the background.

Then we drove up the hill to La Gratzia & La Portovenere, here are a few pictures. Absoutely breathtaking!

The actual Cinque Terre area is not accessible by car, but there is an 8 mile trail that connects the 5 villages that we could see only a few from afar. That might have to be on the bucket list if we are ever back in Italy!

We got back on the road headed to Pisa. There isn”t much in Pisa besides the infamous leaning tower and cathedral. We walked around and then got our pictures taken with the tower…here are a few of our fun shots! 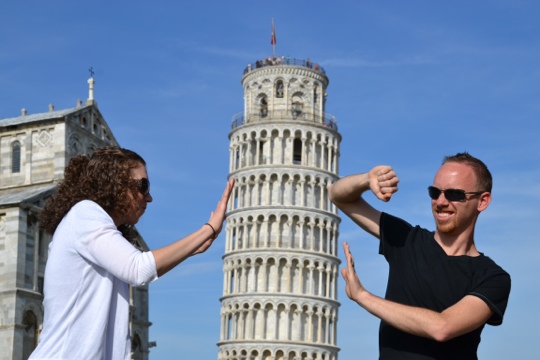 We arrived in Orvieto around 9pm, we thought our hotel was actually up the hill in Orvieto but it turned out to be right by the highway. We will head up to see Orvieto tomorrow morning before heading to Rome. We had a nice dinner at resturant a few doors down. We had a coupon from the front desk! 🙂 Dustin was so excited to have authentic italian pasta, it was yummy!

I”m not sure our place in Rome has wifi…so it may be a few days til you hear from us again! Hope you are all having a wonderful weekend. Ciao!