We left Venice just a bit after 5 am. The drive was beautiful (I did miss the first 2 hours of it because I quickly fell back asleep in the car.) It was raining most of the way through Italy, and began to clear up about an hour into Austria. Of course when we arrived, it was in the 50’s! burrr, we were spoiled in Italy with 2 very warm days.

We arrived in Wien (Veinna) about 11:30 am. First we visited the Schönbrunn Palace, which was the former imperial palace summer home for the Austrian monarchy. It was raining when we were there and we weren’t allowed to take pictures inside, but here are a few from the outside. 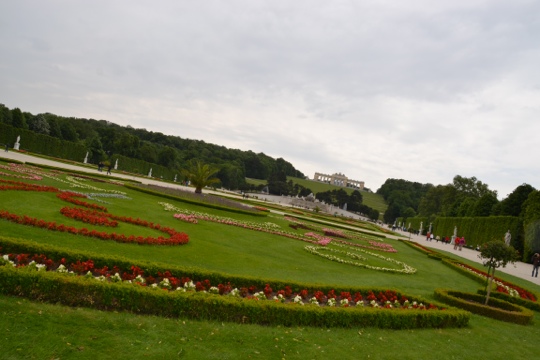 After the gardens we parked our car near our apartment, but we couldn’t check it yet, so we headed towards the metro to take it into the city. On the way we stopped for lunch at Zum Alten Beisl. The menu was all in German, but one of the servers spoke English pretty well and Josh helped us out too. To me, German seems so completely different than French/Spanish/Italian, it seems like another world. I can’t even guess what food items are. 🙂 Josh had the traditional Wiener Schnitzel, Sarah had Schnitzel with chicken instead of the veal. I had a salad with asparagus and ham. And Dustin had Spätzle which is sort of like pasta, the dish he had tasted like mac & cheese. He said he could eat it for every meal in Austria and Germany, ha!

We headed downtown for a few hours before we had to come back and meet our host. This is St. Steven’s cathedral, it is being refurbished on one side right now, you can tell the difference in color from one side to the other, one side is almost black and the front has been cleaned already.

We walked around downtown for awhile then heading back to our car/apartment. The apartment is very nice and so was the man who met us with the keys. We are right down the street from a supermarket so to save money we cooked our own dinner tonight. We bought Spinach Spätzle, ingredients for salad, and roistterrie chicken from a stand outside. We stocked up snacks and breakfast items, and still spent much less than dinner would have been out.

After dinner we headed back downtown, we walked around again and came to a few parks and took some fun pictures.

This last picture is of the Opera House. 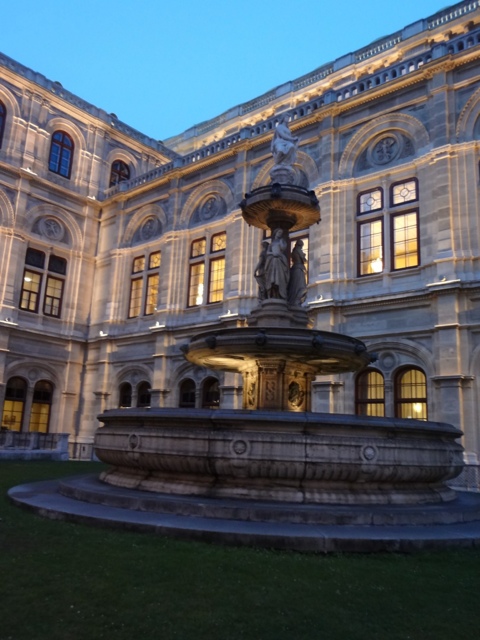 Then Josh took us to the “best” gelato place in Austria in his humble opinion. They have a dish in Austria & Germany called Spaghettieis which is icecream shapped like spagheeti noodles with red fruit sauce, and either coconut or white chocolate shavings on top to look like paramesan cheese. Amazing! Of course I remembered to take a picture of this one! 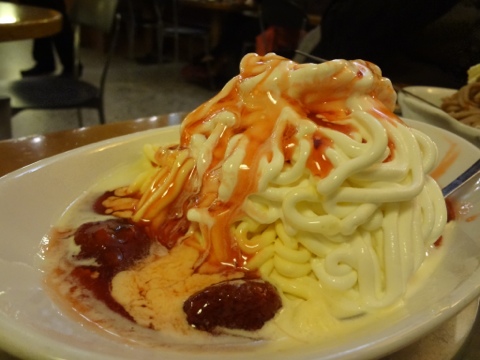 Josh and Sarah had one with caramel noodles and ice-cream. It was also yummy. 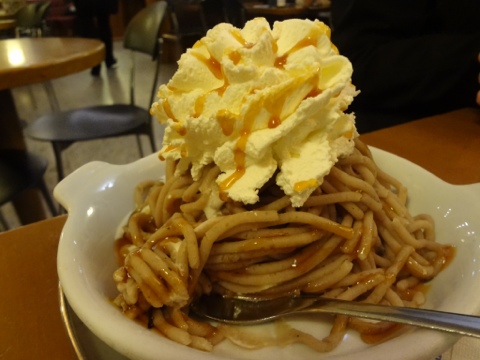 Then we headed back for some sleep! Tomorrow we are going to the Spanish Riding School here in Vienna to watch their morning exercise and then we are off to Salzburg. I’m excited to spin in the field and sing…”The hills are alive….and I simply remember my favorite things, then I don’t feel so bad.” 🙂 We are hoping the weather warms up!