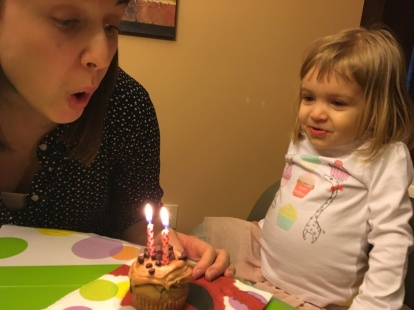 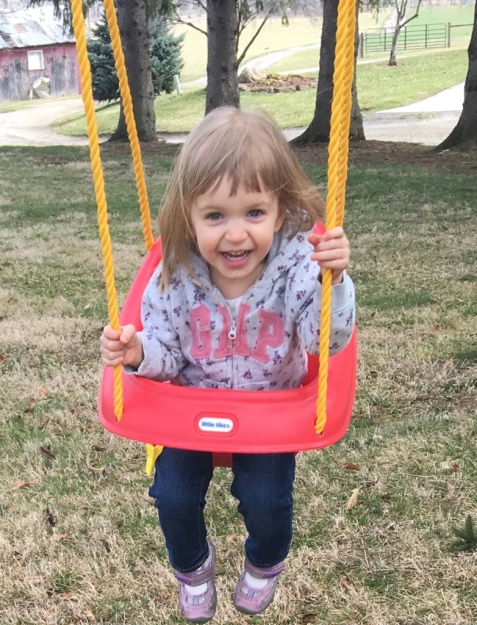 Swinging at Grandma and Grandpa’s House

It’s been a little while since we’ve put out a blog post! For one reason I (Melody) have been crazy busy with work, but thankfully my 5 week module course I teach is over! So a little time to catch up on life now!  In March we celebrated birthdays a lot! K turned two and Dustin turned 30+ that! 🙂 We ended up traveling to the Cleveland area for some appointments right before K’s birthday, so we celebrated on her birthday with the Hartzlers. It was warm enough to be outside so we took a walk, and played on the swing-set. We had steak and baked sweet potatoes, K’s favorite meal. She can eat steak like it’s her job. Thank the Lord!.. it took her awhile to finally eat meat for us, I thought I was going to have to puree it until she went to Kindergarten!

Earlier in the day we tried to get some Easter lamb pictures with one of Grandpa Hartzler’s lambs, but K wasn’t so excited about that. These are the best 3 pictures we got..she cried when the lamb and the bunny were out and was a little overwhelmed by new people and the lights in the studio. The studio photoshopped a lamb picture for Grandpa! Thankfully we got some better ones the following week at home! Maybe next year she’ll warm up to Grandpa’s baby “ba-ba’s” 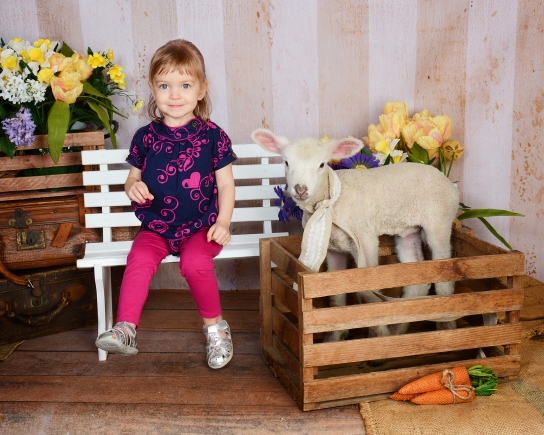 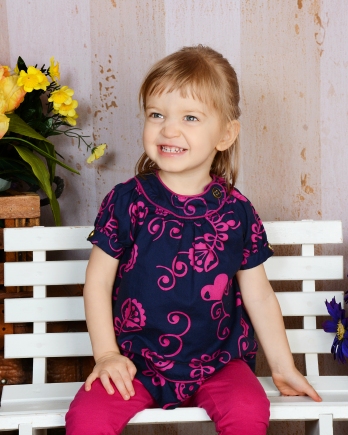 Smile but not looking!

Come on show us those teeth!

A few weeks later, we were able to celebrate K’s bday with my family, this time with a Minnie Mouse theme! Dustin’s parents did join us as well. I just realized we don’t really have many pictures of her with other people, apparently we need to do better at that. I have 176 photos from that day mostly of her ha! I made the same cupcakes again, I used this recipe except didn’t use near that amount of honey, used gluten free flour, extra oil no almond milk, and goat milk yogurt because that is what we had. Even the adults thought they were good! The icing was this recipe with no honey, just a little maple syrup. I did top them with some enjoy life chocolate chips, that was her birthday splurge!

Thanks Aunt Ash for this cute party outfit! 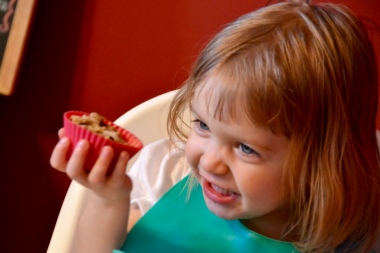 Her 2nd cupcake, AKA “muff-muff” 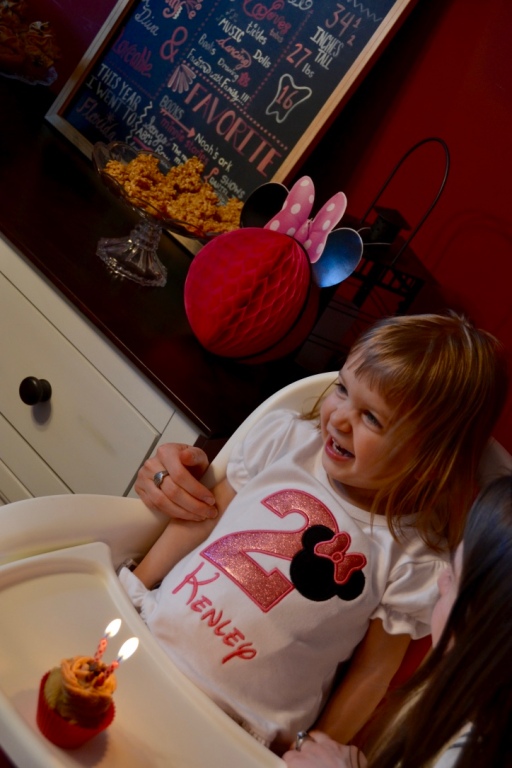 So excited for her muff-muff

She didn’t want to blow them out 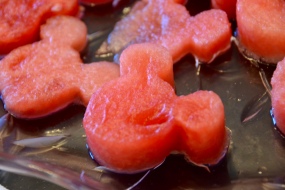